Uitsig is proud to field 20 Men's teams and 6 Women's teams in the Northerns League for 2018. We are well known to be great competitors and excellent hosts.

With teams at all levels, from 1st to 14th league we encourage members of all abilities to play league, interact with like-minded players and compete for the coveted Woody Kaiser Trophy (Club of the Year).

Furthermore the Northerns League is the best platform to improve your game because of the variety of styles you face every week plus it also gives you the extra motivation to improve your game. The bonus is you get to know the people in your team so it's easy to organize social games with members of similar standard.

Managed by four committed league night captains, the season starts in February and runs until September with fixtures being played on weekdays, alternating between home and away games. The home team is expected to provide a small meal and drinks to the visiting team so it's a great way to get to know squash players from different parts of the province. The club provides fires for those wanting to enjoy the atmosphere and aroma of wors rolls or hamburgers.

An event that will assist in finalizing the teams for Winter League 2016; We encourage you to enter if you are wishing to play Winter League.

The purpose of the Series is to:

This series is targeted at players wishing to play league from 1st to 14th and although not compulsory, it is encouraged as not entering may result you not playing in your desired league.

No entry fees are applicable but players will be responsible for their own lights, balls and inputting of results.

Results of the pools (being round robin) will have an influence on the team selection so consistency is keys and forced challenges can be asked for after the Series to clarify any positions.

Note: League sides are NOT picked purely based on ladder position. Ladder position does have a higher weighting (70%) but team dynamics (20%) and 2015 results (10%) are taken into consideration.

As you are aware doubles is becoming more and more popular and Uitsig have taken on the opportunity to run the Uitsig Open Doubles Tournament.

With Uitsig being part of the Centurion squash community we also extend the invite to all Centurion clubs making this event a great way to meet the 'neighbourhood'.

In line with promoting the game of squash and a making this a family friendly event we encourage Men and Ladies to enter as well as Juniors; and therefore have 3 Sections.

This internal event aims to further strengthen the vision of the club, entrench and create squash friendships amongst new and older members, keep your legs turning and burning and most importantly to have fun. As entries are limited we urge you enter ASAP. Before entering though, please read the concept of the league below and ensure you can commit to the 7 weeks to maintain team spirit and continuity.

So there you have it, a snippet of what is to come. 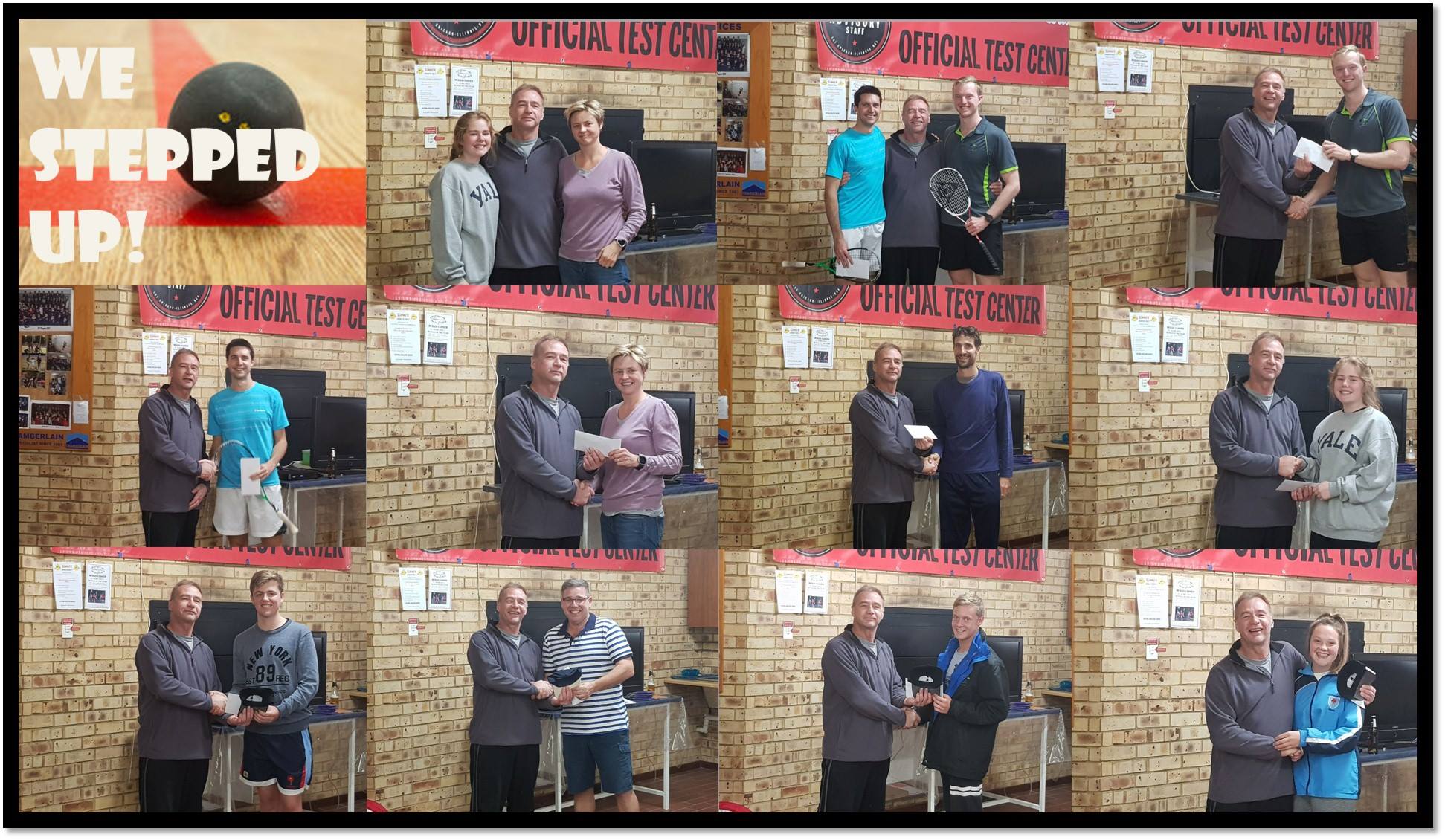 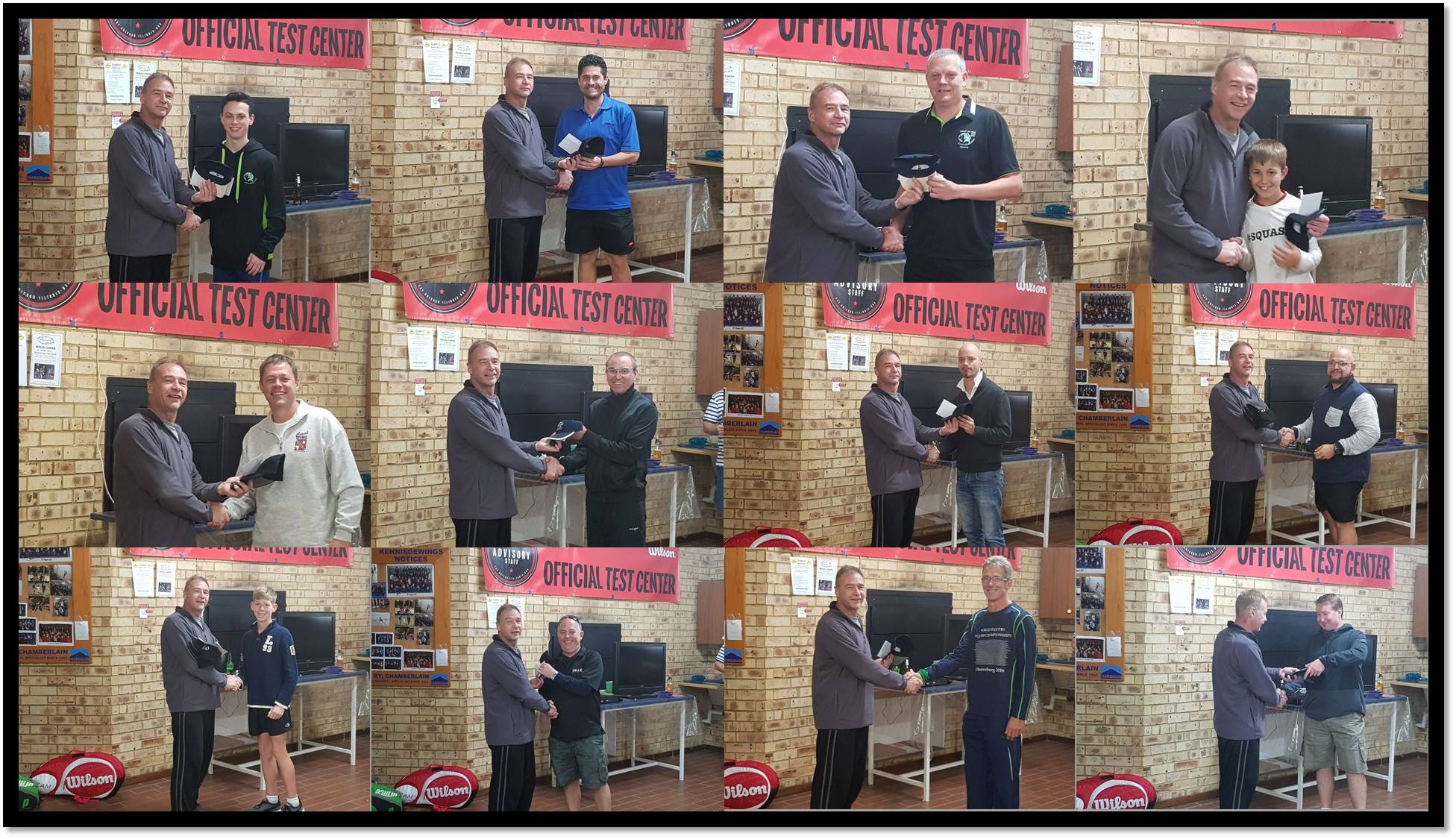 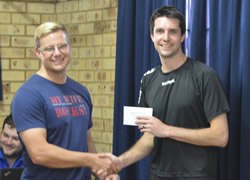 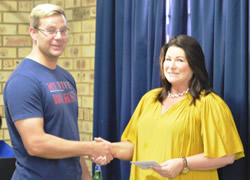 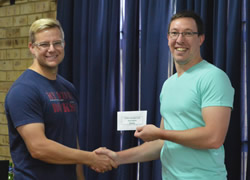 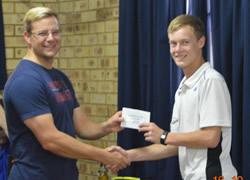 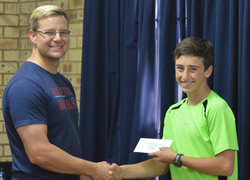 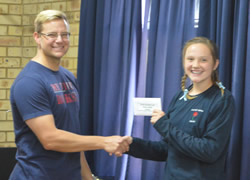 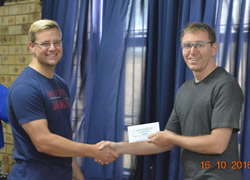 After many years in the wilderness Kentron took it upon themselves to revive the annual duel between two rival clubs that truly epitomises the great game of squash.

This fiercely contested event draws players of similar strength against each other; adding up games won to decide the eventual winner.

Saturday 11 October was D-day as 32 players converged at Kentron Squash Club for a Battle Day to be remembered for many. Players ranging from 2nd to 14th league were pitted against each other over 16 matches with plenty at stake.

It was memorable to see 2nd league players cheering on 14th league (an experience not known in normal circles) and was a fantastic advertisement of team spirit from both clubs.

6 hours of blood, sweat and cheers and the end result was victory to Uitsig … notwithstanding the warning of sweet revenge in 2015 by Kentron.

Rounded off with the traditional braai and ice cold frosties' the Duel is here to stay and well done Kentron on this wonderful initiative. 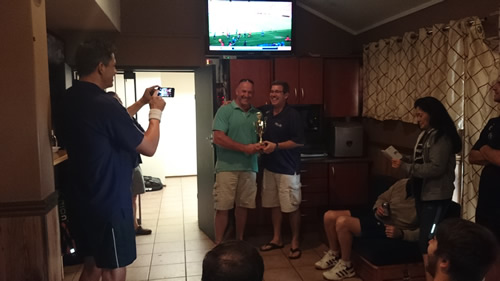 Social squash is played every second Saturday of the month from 13h00-16h00. An open day where courts are made available to all members at no cost; Social Saturday allows members to mix with each other and the organisers ensure that players across various strengths play against each other.

Members are also encouraged to bring along non-members and friends and introduce them the wonderful game and the club.

Different formats are played depending on the turnout from continuous play to doubles to best of 3 etc.

Social Saturdays are an opportunity to keep fit and enjoy a cold one over a fire – so bring your own meat.

An exciting concept introduced in the early 2000 in Port Elizabeth, the tournament has come to Uitsig. Playing in teams of two the tournament musters up not only your fitness and endurance but tenacity and ability to work as a team.

Each tie consists of 3 matches namely: 1 x doubles and 2 x single matches played against the clock! The total games won are added to determine the winners.

The success story of the inaugural tournament held in 2013 resulted in 4 playing sections being created and to add to the fun prizes are awarded to the best dressed team, most innovative team name and the team that showed the most 'gees'.

So if you want some real fun and enjoyment, don't miss out of this tournament held in February every year.